We started our drive to Mt.Baldy at 4:30am and started hiking around just before 6am. I got to use my crampons and ice axe for the first time. About ten minutes after we past people starting their ascent up the Baldy Bowl, we saw a helicopter circling and knew someone was in trouble. Thankfully, it was not fatal but was injured badly. It was a true reminder of the dangers that can happen on the mountain with out proper training and experience. As we made our ascent to higher elevation, there was some no fall zones that were pretty hairy but I made it with no problems. I remembered to put all ten spikes in and used the maneuvers we were taught when we started using our crampons. My pack was a lot heavier than I was used to and it was a lot more difficult in the snow than the times I hiked in the summer when it was all dirt. After we made it to the top, we went down to a nice location to learn how to self-arrest, starting sliding down on my butt, then went head-first, then backwards headfirst. After practicing each maneuver a few times and getting the hang of it. We glissaded about a 100 yards, put our crampons on and did the hairy part again going down. Let’s just say I got a lot more mountaineering experience than I bargained for. The rest of hike down, I glissaded when possible, but by this time there a lot more people on the mountain making it not possible. We walked to the drop off of the Baldy Bowl but decided it was not a good idea because we were unsure of the avalanche situation and it looked pretty intense from where we were standing. I can’t wait for more epic mountaineering experiences like this and I’m so happy I was invited to go with two pretty rad people that made this trip even more awesome. 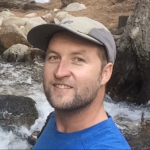 View all posts by Pete Kapich →